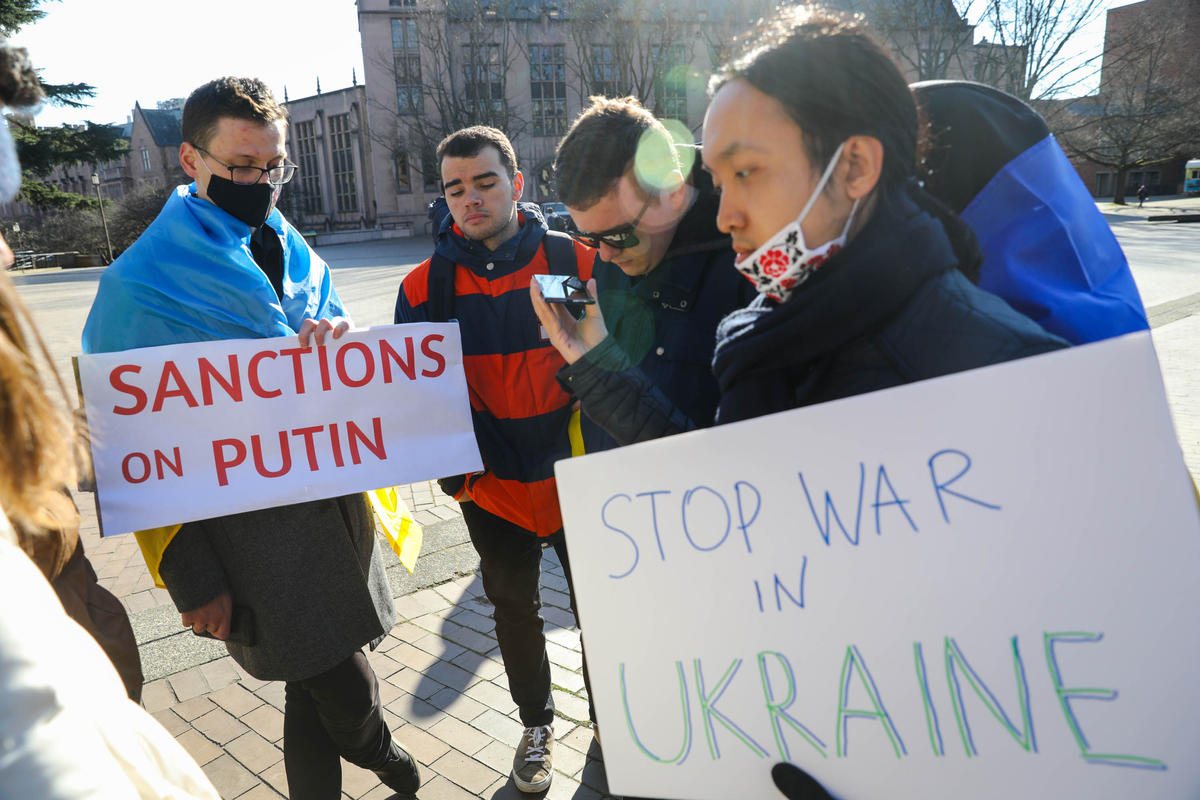 It was great for growers who were struggling to sell such large apples in the United States, said Mark Powers, president of the Northwest Horticultural Council, which represents the Northwest fruit industry on public policy issues, such as trade.

“Our Washington State apples and pears were considered a premium brand, and there was a lot of good demand for the product we were growing,” Powers said. “If you think about volume, [Russia] would be considered a small market – but that doesn’t give him credit for the value of that market.

But Washington State apples shipped to Russia dwindled in 2014. That year, Russia invaded and annexed Crimea from Ukraine.

Following the annexation, the United States responded with targeted sanctions, including on assets belonging to Putin’s inner circle. But Russia retaliated with far more sweeping sanctions, including bans on many American agricultural products, such as the large Washington apples that their citizens had enjoyed. Since 2015, not a single Washington apple has been sold within Russian borders.

Along with the economic sanctions that the United States imposed on Russia in response to the invasion of Ukraine, many private companies cut ties with Russian companies or suspended operations in the country on their own, said said Derek Norberg. He heads the Council on American-Russian Relations in Seattle, which has worked to strengthen ties between the two countries, including through efforts involving economic growth and community betterment.

Aerospace maker Boeing, for example, will no longer buy titanium from Russia, has suspended operations in Moscow and will no longer provide parts, maintenance and technical support services to Russian airlines, according to a report. company statement.

“I just don’t see a lot of opportunity or willingness on either side to have a business relationship at this point,” Norberg said. “The US government is implementing sanctions. Even if they don’t prohibit commercial activities, I think the administration’s apparent desire is that American companies, even if not specifically prohibited by sanctions, choose not to do business with the Russia.

2022-03-10
Previous Post: Charlie Dreifus: How to Invest in a Falling Market
Next Post: Global stocks fall on conflict in Ukraine and looming US rate hikes