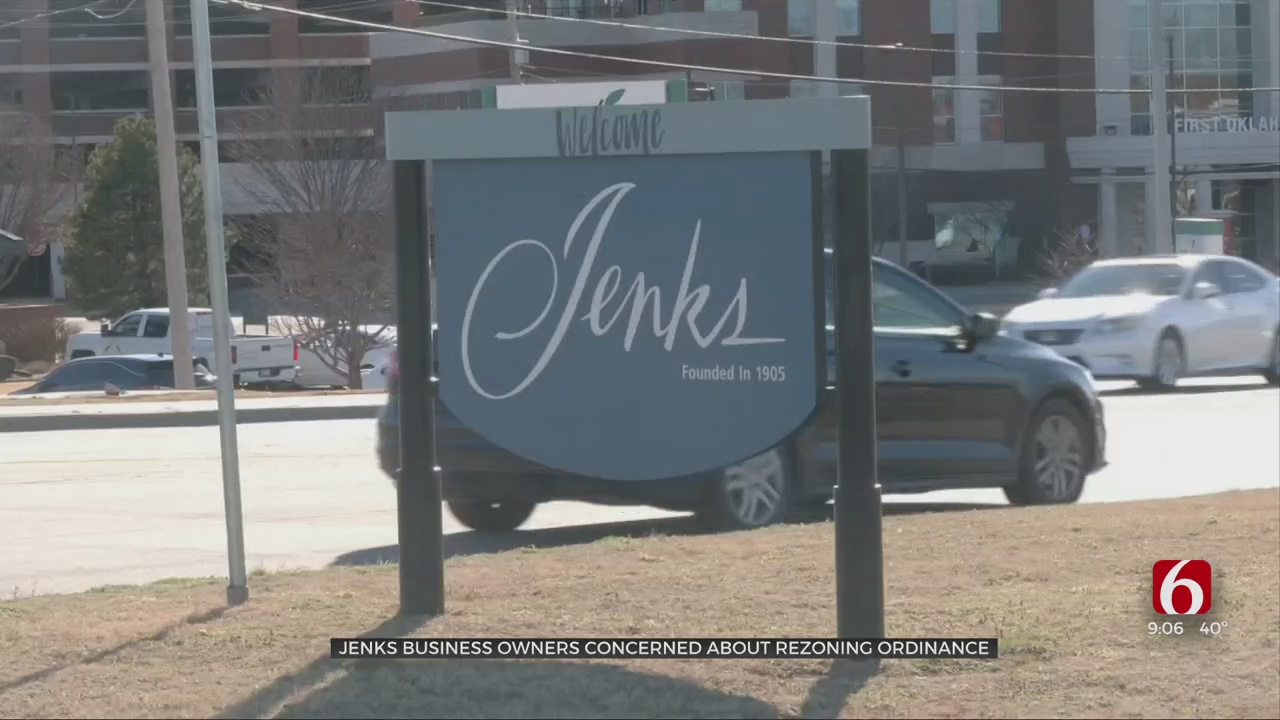 Some Jenks business owners are upset about proposing a rezoning order

Some businesses and property owners in Jenks are upset about a rezoning order because they fear it will lower the value of their property. The city said the ordinance was a good thing because it could attract more tourists while retaining the historic feel of downtown Jenks.

Ronda Bender’s family owns land that would be rezoned and she said it would devalue her property.

Ronda thinks owners should have the option of changing zones or not.

“Let’s sign up if it’s good for us, opt out if it negatively impacts us economically, and just give ourselves a choice as the owner,” she said.

The rezoning focuses on three areas, including near Riverwalk, in hopes of attracting more entertainment and tourists.

The city’s planning director said he wanted to extend the historic feel of downtown five blocks.

“We really want this street wall that feels like you’re getting a hug when you walk down the street, citizens have said we love the two blocks we have, but we want more,” said Marcae Hilton .

Karen Andreson owns Alien Games, which would be part of the downtown rezoning.

She hoped to sell her business one day so she could retire, but now fears she won’t get what it’s worth.

“Well, it’s going to go down because the more you can use a building, the better your chances of selling it, and I don’t plan on selling it anytime soon, but as the town grows, that time may come,” Anderson said.

The city said the ordinances are the law, but they have flexibility. They said they would work with business owners and believed the rezoning would keep Jenks competitive with neighboring towns.

“It’s a change, but I think it’s a really good direction to take,” Hilton said.

The draft ordinance will go before the planning commission on March 3 and the city council will vote in April.