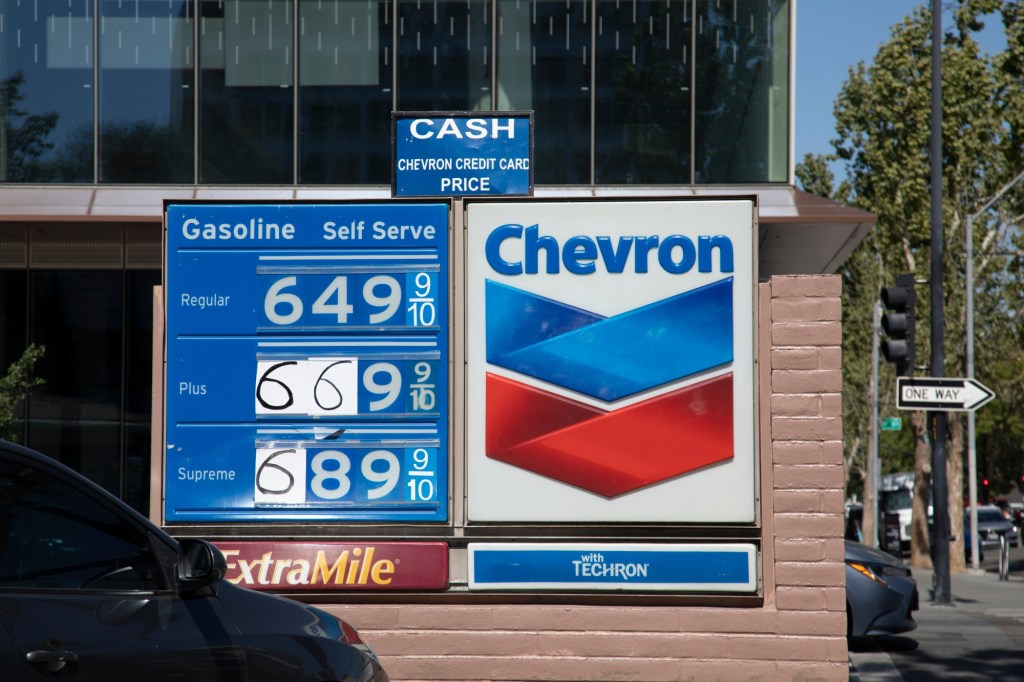 The Biden administration is angry at OPEC+’s recent decision to cut oil production by 2 million barrels a day. OPEC+ comprises the original 13 members of OPEC plus 11 others including Russia.

These cuts, which represent about 2% of the daily oil supply, immediately sent prices up. West Texas Intermediate oil and Brent crude both rose nearly 20%, although both fell somewhat. Gasoline prices in the United States are following suit. Prices are on the rise, reversing part of the decline from June to September.

Looking back, OPEC’s decision to manipulate prices up is little different from the US effort to manipulate prices down. For 180 days, the United States increased oil supply with the release of 1 million barrels per day from the United States Strategic Petroleum Reserve. President Biden has just announced the release of an additional 10 million barrels.

With no supply disruptions and none in sight, more than a third of the SPR’s oil has been sold since Biden took office.

If being embarrassed by Saudi Arabia and jeopardizing energy security wasn’t enough, the Biden administration is now making overtures to lift economic sanctions and bring Venezuelan oil back to market.

One day, the Biden administration may realize that depending on foreign dictators for cheap energy is not a wise policy.

This is a lesson that the European Union is learning in spades. In 2021, Europe got 40% of the natural gas used for domestic heating and industrial production from Russia. Even more than the United States, much of Europe has turned its back on domestic energy production. Germany, in particular, shut down most of its nuclear power industry and hampered natural gas production. With the cancellation of the Nordstream II gas pipeline from Russia and the sabotage of the Nordstream I gas pipeline, Europe faces a long and cold winter.

To complete a trifecta of entities facing supply shortages and rising prices, it would be remiss not to take note of California Governor Gavin Newsom’s call for new taxes on corporate profits. oil companies. Newsom says the companies are “price gouging” and “there is nothing to justify” California prices that are $2.50 per gallon higher than the national average.

Well, maybe nothing, except the fact that California mandates a particular formulation of gasoline that makes it impossible to access cheaper supplies. Plus the highest gasoline taxes in the country. Plus cap and trade fees on refiners. Plus an expensive operating environment. Etc.

The common theme across all three cases is that governments now face the consequences of inhibiting local sourcing in pursuit of a green energy transition.

Jeffrey Scharf welcomes your comments. Contact him at [email protected]

2022-10-13
Previous Post: How to fight a falling market
Next Post: Harvard takes a loss in fiscal 2022 as stock plunge damages endowments