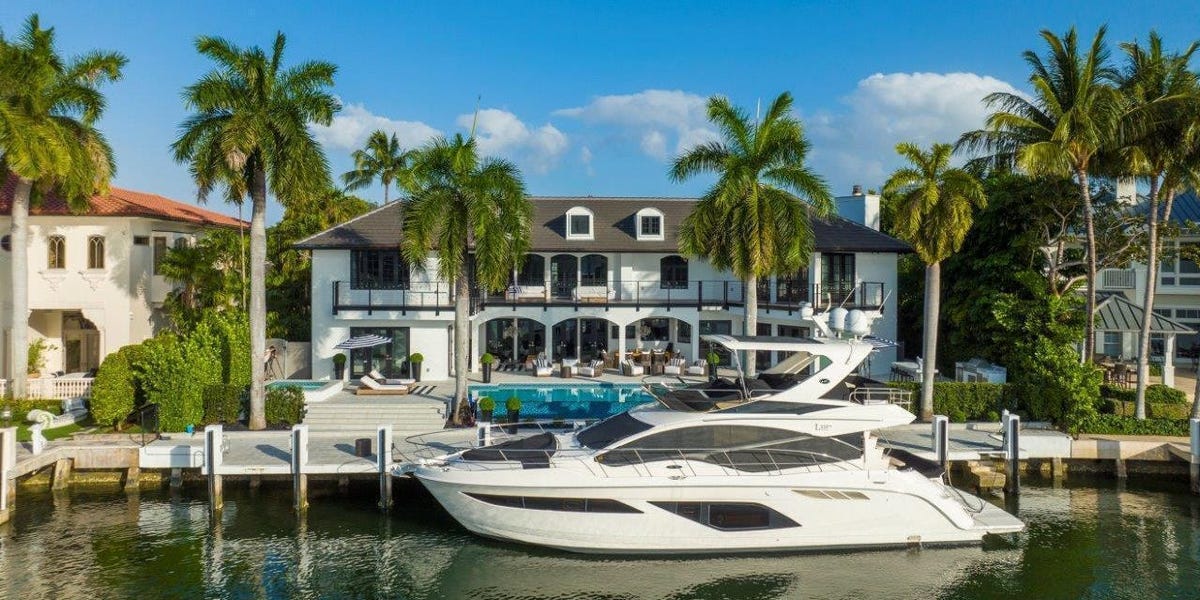 Buyers of luxury properties are likely to change their behavior amid deteriorating economic conditions, but they will still fare better than the average buyer, the boss of a Florida luxury agency has said.

Gerard Liguori is co-owner of Premier Estate Properties, a Florida-based brokerage that exclusively sells properties worth over $1 million, alongside his twin brother Joe Liguori and Carmen N. D’Angelo, Jr. He told Insider that his buyers likely aren’t entirely immune to the current economic headwinds.

Premier Estates, with offices in Florida including Boca Raton, Fort Lauderdale and Palm Beach, sold $3.1 billion in property last year, and its average sale value is around $8 million. , according to Liguori.

Analysts largely agree that a real estate bubble is not currently engulfing the US market, with 22 out of 32 experts telling Insider it is unlikely. But that doesn’t mean frugality isn’t coming back. Home sales fell 17% last month, indicating cooling sentiment among buyers, while Insider’s William Edwards reported an economist who predicted the last bubble saying house prices are likely to fall.

Liguori said these headwinds were starting to affect many of his buyers. “People are realizing they don’t have as much buying power and sales are slowing across all sectors,” he said. “It hasn’t reached our market yet, but I’m sure it will.”

The S&P 500, the index listing the top 500 US public companies, has lost more than 17% of its value since the start of the year, while the NASDAQ 100 has lost more than a quarter. That, Liguori said, could impact sales as buyers invest or work directly in stock markets.

Liguori cited the example of a client who works in New York, who was holding a purchase in the Hamptons for over $1 million.

“A few months ago we would have done it, but now because of the stock market there’s a little more hesitation,” Liguori said, noting that homes ranging from $1 million to $3 million depend more funding.

At the high end, Liguori added that customers can exercise restraint. “Instead of buying a $10 million house, they can buy a $7 million house,” he said.

But affluent homebuyers, in general, will be largely shielded from the headwinds that the average buyer faces.

Millions of Americans are believed to have been squeezed out of the housing market this year by rising interest rates. But most luxury home buyers, Liguori said, were buying with cash. This means that they would be sheltered from increases in mortgage rates.

Indeed, with rising inflation, Liguori said buyers had an incentive to put money into assets before they were devalued, while homes, he said, were currently offering a safer investment than stock markets.

“A lot of people want to diversify their portfolio,” Liguori said. “So sometimes when the stock market goes down, they diversify into real estate or into gold. So that has a bit of a lag.”

The final reason was supply. Like the broader market, where housing supply is near an all-time low, Liguori has seen half of the company’s inventory over the past year, resulting in homes that sold for $600 per square foot last year to $1,200 per square foot now.

In turn, Liguori suggested, the average first-time buyer’s pricing issues would likely help embolden luxury purchases. In other words, housing inequalities will not be corrected by a possible recession.

2022-06-04
Previous Post: Update on the latest cases:
Next Post: The family business adapts to changes in the fishing industry