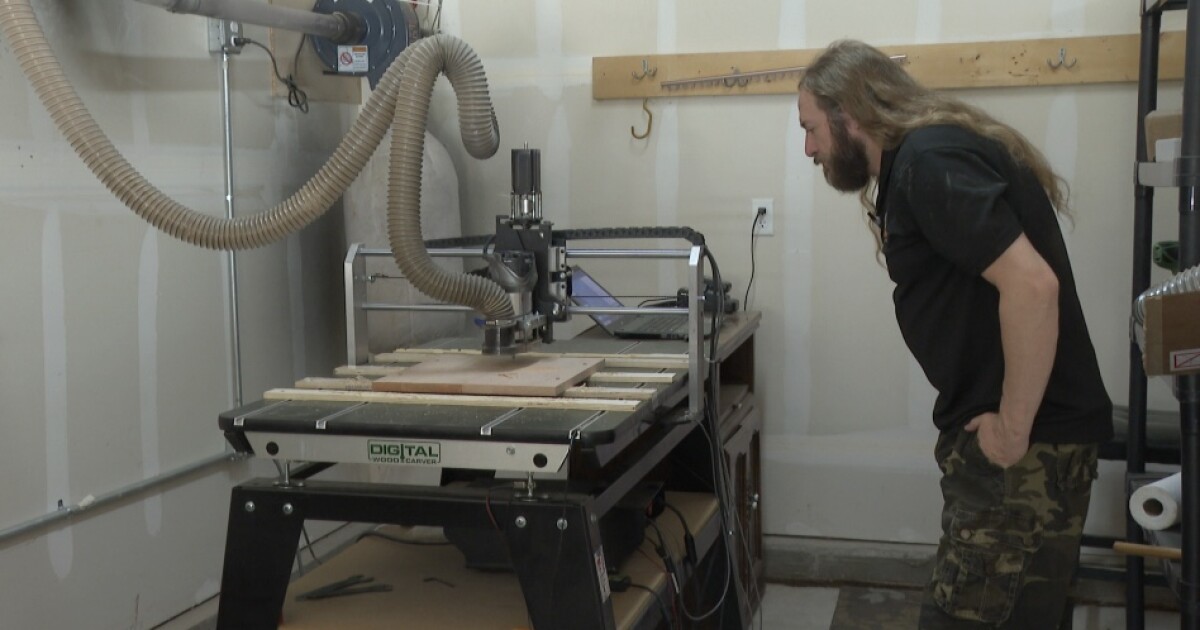 COLORADO SPRINGS — A local business is honoring late Deputy Andrew Peery to ensure his memory lives on for those loved ones.

Wyckoff’s workshop creates a one-of-a-kind wooden plaque. It is sculpted in the shape of his El Paso County Sheriff’s Office badge.

He has made approximately fifty plaques over the past two years for deceased officers statewide.

“A lot of people in the community don’t believe it’s going to be their officers or their deputies, so boom it hits home,” Wyckoff said.

“Without people like Andrew, who else would be doing this job. He served in the military with the reconnaissance unit and then moved from service to another line of service,” Wyckoff said.

That’s why he honors his bravery and sacrifice with a plaque.

“We’re going to take our time with this one. Paint it like his shield, so when his kids and his wife look at it, they’ll know their dad was a hero,” Wyckoff said.

Similar to the one he did for another deceased El Paso County Sheriff’s Deputy – Micah Flick. Just a little thing he can do to help the family of the deceased.

It will take a few more days to finish the plate. He plans to leave it at the sheriff’s office to give to the family.