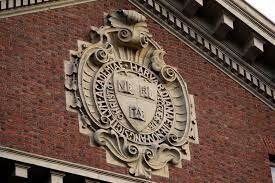 In light of the decline in stock and bond markets, university officials hailed the return as a “very good result”, but they also admitted that the 34% gain from the previous year, which carried the endowment at $53.2 billion, “had been moderated by market reversals.

Worried about the decline in international markets, Harvard Management Co. announced a loss of 1.8% for the year that ended June 30. That left the total endowment at $50.9 billion.

According to NP “Narv” Narvekar, CEO of Harvard Management, “the most significant consequence was the poor performance of global stock markets throughout the year.”

Yale University, Harvard’s Ivy League rival, reported a meager 0.8% gain in the first year under new chief investment officer Matthew Mendelsohn, adding it was the most low percentage return of the institution since the financial crisis. Yale’s endowment was $41.1 billion.

Harvard’s investment methods and returns are under constant scrutiny due to its size. Other well-known colleges acknowledged that their markets were unstable due to the conflict in Ukraine, runaway inflation and rising interest rates.

According to Columbia University, its endowment fell 7.6% to $13.3 billion. Columbia reported a 32% return a year ago.

According to the university, Brown University lost 4.6%, bringing the value of the endowment down to $6.5 billion.

With the Wilshire Trust Universe benchmark comparison showing a loss of more than 10% for the year, the most recent annual returns for many schools are the weakest since the 2008 financial crisis. Many of these endowments have been among the first to invest in asset sectors such as real estate and commodities as well as hedge funds and private equity.

The head of Harvard’s endowment noted that some other institutions have increased their returns by investing in the traditional energy industry. After years of pressure from students, professors and alumni, Harvard announced this year that it would stop investing in fossil fuels.