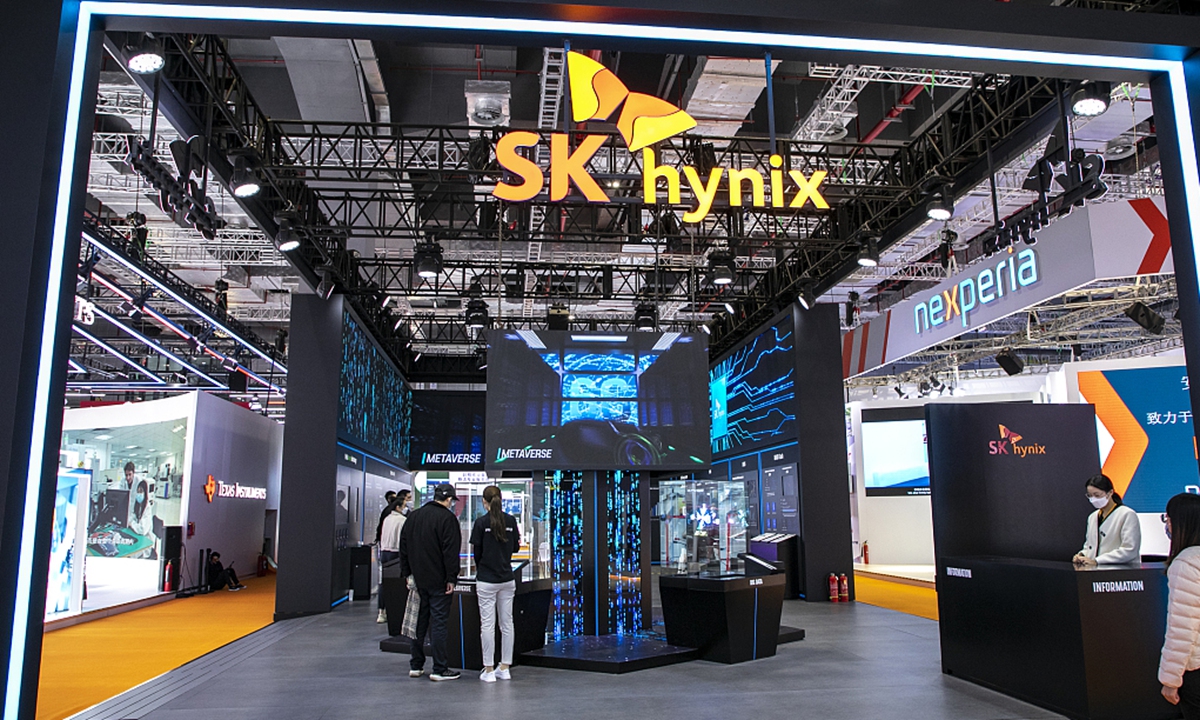 SK Hynix said on Wednesday it hoped there would be a one-year extension of its one-year waiver on chip equipment exports to China to keep its manufacturing operations in China amid slowdown in sales.

“Assuming the waiver is no longer granted, which means that if this is a situation where we have to receive licenses tool by tool…it would create a very difficult situation for us to bring the equipment,” said SK Hynix’s marketing director. Officer Kevin Noh said on a third quarter earnings conference call.

SK Hynix’s third-quarter sales fell 20.5% and operating profits were down 60.5% quarter-over-quarter due to weak demand for DRAM and NAND products amid deterioration in the global macroeconomic environment.

SK Hynix has been authorized by the US Department of Commerce to continue to receive necessary chip equipment at its chip production facilities in China for one year, without the need for additional licensing requirements.

The U.S. government announced a wide range of technology export controls in early October, including a ban on shipments to China of certain semiconductor chips made anywhere in the world with U.S. equipment.

The concerns raised by SK Hynix underscore the difficulties global chip companies are facing due to weak demand, exacerbated by U.S. export restrictions, which can rattle the entire industry, said experts.

“The Chinese mainland is one of the biggest chip markets, and it is inevitable that companies like SK Hynix will build factories close to their markets. However, US government restrictions have affected the normal operations of the entire market, leaving companies in a difficult situation. dilemma of whether to continue investing,” Ma said.

SK Hynix said it plans to cut investment next year by more than 50% year-on-year due to weak market demand.

“The chip industry is like a big building block, so if the United States takes China out of the layer by force, it will most likely lead to the collapse of the whole block,” Ma said.

ASM International said on Tuesday it expects new U.S. export restrictions to weigh heavily on its sales in China, as it reported third-quarter revenue.

“Our equipment sales in China, representing 16% of our total revenue in the first nine months of 2022, have been a growing part of our business with a strong contribution to the group’s profitability,” the company said. company in a press release.

According to ASMI, the restrictions will affect more than 40% of its sales in China.

Meanwhile, shares of Taiwan Semiconductor Manufacturing Co have plunged for two straight days after the company sent an internal letter on Monday encouraging employees to take more vacations, which the market interpreted as a negative message.

The chaos in the global chip industry is likely to continue and sanctions are unlikely to produce the results the United States wants, Xiang said.

“The United States intended to hit Chinese companies, but ended up dragging down the entire industry, including its own chipmakers,” Xiang said.

The impact on Chinese companies has so far been limited as the uncertainty created by US sanctions has fueled market demand for Chinese chipmaking firms on security grounds, Xiang noted.

“China occupies an irreplaceable position in this industrial chain. China is the biggest market for semiconductor equipment, with enough talent and capital investment. It’s only a matter of time before it makes technological breakthroughs,” he said.