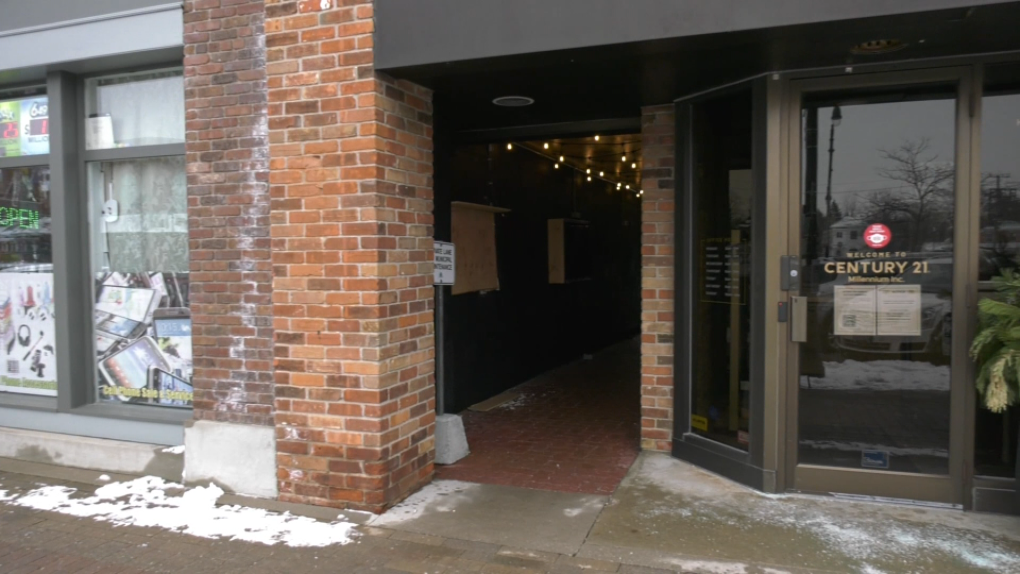 Collingwood business owners use vandalism incident as motivation to give back

As last-minute shoppers search for freebies in downtown Collingwood, some can’t help but notice the debris strewn across Listing Lane due to vandalism.

Century 21 Millennium owners were told the lane next to their business was vandalized on Tuesday morning. It’s an alley that the couple redesigned as the hub of the community.

“It was our dream to have this as a registration route to focus on community events and our agents. Seeing it destroyed like that for around $ 500 worth of televisions is discouraging, ”said Josée Rivard, co-owner broker.

Total damage is around $ 15,000, including two stolen televisions and a third broken in the middle.

Shortly after this happened, the couple took to social media, seeking information.

“While we received a lot of support from the community, there was also a lot of negativity about the growing crime problem we have in our area,” said Kevin Woolham, co-owner of the broker.

Hoping to change the narrative, turn a negative into a positive, they decided to give money out of their own pockets to those in need and encourage other businesses to do the same.

The Alphorn restaurant is a business that has grown.

“Obviously the restaurants have been going through hardships, but for me I’m healthy, the family is still there and I just wanted to give back,” said Chad Griffith, owner of Restaurant Alphorn.

The couple said it was a reminder that spreading a little holiday cheer goes a long way, especially this time of year.

“We have been blessed in real estate in the area and many businesses are doing very well and sometimes we miss out and don’t see what goes through the cracks,” Woolham said.

This year, Century 21 Millennium raised more than $ 37,000 for families and schools in the area and next week the couple plan to hand out more than $ 1,000 in gift cards.

They hope their story inspires others to spread the love by helping reach more families throughout the year.

2021-12-24
Previous Post: In Vietnam, ‘feeding the police’ is just a cost of doing business | Corruption
Next Post: Year of repression in China: party first, business second | Business and Economy