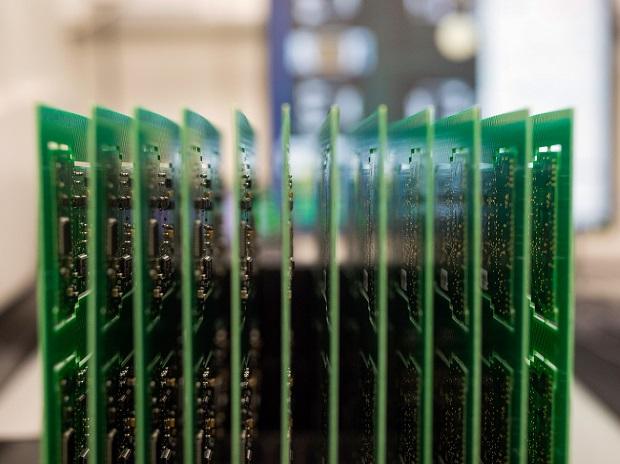 Signs are mounting that the tech downturn could be deeper and longer than expected.

After years of record capital spending, chipmakers are warning weekly that demand is collapsing. In the latest sign of trouble, Samsung Electronics Co. and Advanced Micro Devices Inc. reported disappointing results within hours of each other that largely missed projections.

Samsung – the world’s biggest memory chipmaker – reported a 32% drop in operating profit, while PC processor chipmaker AMD said it will miss its previous forecast of around $1 billion. of dollars. Analysts’ reactions ranged from “breathtaking” to “Uff-da!” »

“It looks like end demand has deteriorated significantly in recent weeks and end customers appear to be aggressively depleting inventory,” Bernstein’s Stacy Rasgon said. The reduction in revenue from AMD’s customers “is admittedly a bit mind-boggling.”

Weaker-than-expected demand for consumer electronics is hitting businesses, along with soaring shipping and material costs. Cutting costs has become the new norm in the tech industry, and companies that hoarded chips during the pandemic are now choosing to cancel or postpone orders and run inventory.

The semiconductor industry is also grappling with export restrictions from the US government, which is stepping up pressure on its allies to prevent the shipment of cutting-edge chips to a growing list of Chinese companies, as he seeks to contain the Asian country.

It’s hampering business for chipmakers from AMD to Nvidia Corp. in the world’s biggest semiconductor market.

“This bear cycle is not just driven by typical supply and demand dynamics. It is different from previous cycles due to geopolitical risks,” said Heo Pil-Seok, managing director of Midas International Asset. Management in Seoul.”U.S. government export controls would further limit IT companies’ sales in China and much of the demand for chips would be weakened. If AMD, Nvidia can’t sell their chips in China, manufacturers’ revenues memories will deteriorate further.

Businesses themselves are bracing for a prolonged downturn. Samsung’s head of chip business Kyung Kyehyun said he doesn’t see the memory market rebounding over the next year. Kyung told employees at an internal event that Samsung had cut its chip sales forecast for the second half of this year by 32% from the April forecast, according to the Korea Economic Daily.

“No party lasts forever,” Rasgon said. “It’s a cyclical industry. There were a few years of very, very strong growth” that pushed companies to scale up. “You create an offer for demand that turns out not to be as real as you thought.”