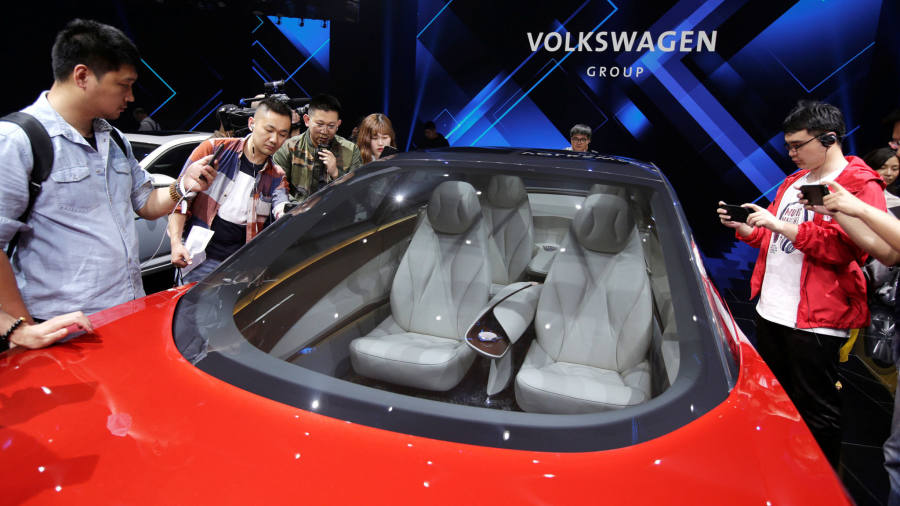 China’s passenger car sales fell 14% in the first half of 2018, putting automakers in the world’s largest market on track for a historic second year of declining sales.

The Chinese auto market contracted for the first time in nearly three decades in 2018 due to weaker consumer confidence and cuts in government subsidies, adding to the pressure on the world’s largest automakers, including GM and Volkswagen, for which China is their largest market.

The gloom persisted this year as China’s economic growth continued to slow and the trade war with the United States eroded business investment. But analysts said recent retail sales suggested the decline in car sales may have bottomed out.

In the overall market, which includes commercial vehicles, sales fell 12.4 percent year-on-year in the first six months of 2019, the China Association of Automobile Manufacturers said on Wednesday. â€œFirst half sales exceeded our expectations and we estimate negative growth for the year as a whole,â€ he added.

For June, vehicle sales fell 9.6 percent, according to CAAM. This followed a 16.4% drop in May – the fastest year-on-year drop on record.

CAAM figures reflect sales by automakers to dealerships, rather than retail sales to consumers.

Dealers cut car prices last month before tighter emissions regulations were put in place in many cities from July. A Buick dealer in the eastern city of Changzhou said it had reduced the price of vehicles by up to 25 percent.

Partly because of this, new car registrations rose 40 percent year-on-year in June, the first increase in 12 months.

Patrick Yuan, analyst at Jefferies investment bank, estimated that overall retail auto sales rose 3% in the first half of the year, and wrote in a note to customers that he expected that the â€œrecovery trend in car sales continuesâ€ vigorously over the next quarter.

Car dealers had about 1.5 months of unsold cars last month, according to the official Chinese dealer association, up from 2.1 months in February. â€œI basically emptied my inventory of cars with the old emission standards,â€ said the Buick dealer.

â€œBehind the headlines, the latest indications suggest that destocking could now be brought under control as end-consumer retail sales stabilize,â€ IHS Markit analysts said. But they predicted wholesale passenger car sales to fall more than 6% this year as dealers work on unsold inventory.

Other analysts are more bearish as they attribute the surge in retail sales to strong discounts, which is unsustainable.

â€œWe usually sell 70 to 80 cars a month, and we sold over 100 in June with discounts. We sold them all at a loss, â€said Jiang Qiufen, Chinese automaker Geely’s dealer in Changzhou.

CAAM called for more aggressive government stimulus measures to support the sector. So far, Beijing has refrained from implementing large subsidies, as it did during previous market downturns, although some cities have relaxed license plate issuance.