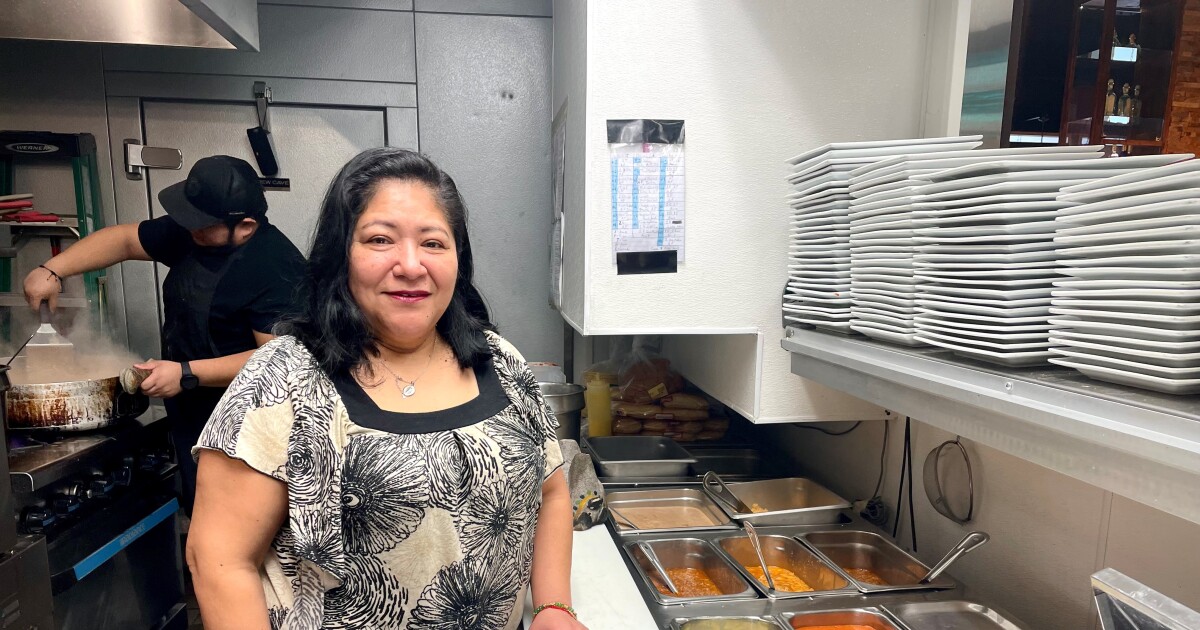 Business is open for some Iowa Latinas bucking a pandemic trend

Brenda Rodriguez came over on a day off to check out her restaurant in Des Moines. His name is Señor Tequila or, as she calls him more informally: her baby. She and her business partner opened the restaurant at the height of the pandemic in November 2021. It took her a year to open, training all the cooks and choosing everything in the build.

“It’s always been my dream,” she said. “I opened one a long time ago in 2008. But I was with my partner at the time, we got divorced and we closed the restaurant.”

Prior to Señor Tequila, Rodriguez worked in the restaurant business. But when COVID-19 caused shutdowns across the industry, she lost her income. As a single mother of three, Rodriguez wasn’t used to not working. She started at the age of 12 as a kitchen helper in Mazatlán, Sinaloa, Mexico.

Without a job, Rodriguez found herself sitting at home. Again, something neither she nor her family were comfortable with.

His story sounds familiar to other Latino workers in the state. Latino workers have lost their sources of income more than their white counterparts during the pandemic.

Latinas in Iowa were following a national trend. According to a study by the Latino Policy and Politics Initiative at the University of California, Los Angeles, Latinas are leaving the workforce at a disproportionate rate compared to other groups.

This was primarily due to the types of industries that Latinas tend to work in, such as catering and cleaning companies. In the span of a year, Latinas in the workforce have dropped nearly 3%, which is the biggest drop of any demographic group.

But as pandemic restrictions began to loosen, Latinas in Iowa began to pull away from this study. That’s according to Himar Hernandez.

“It really took me by surprise, the surge after, or even during the pandemic, especially maybe after the first eight months or so. It was just one, like an explosion,” he said.

Hernandez is with Iowa State University Extension and Outreach. He works with immigrants who open their own businesses. He said more than half of the people he’s worked with in recent months have been women.

“They were really looking for an opportunity and saw the opportunity during the pandemic to do just that, maybe something they wouldn’t have done before,” he said.

That’s what small business owner Heidy Estrella thought. The pandemic forced her to stay indoors and out of work, so she had plenty of time to reflect.

“Working day to day for someone else’s dream. Well, like why? I mean, why not work for my dream?” she wondered in Spanish.

After working in the restaurant business in Puerto Rico, Estrella focused on something completely different. She opened Blessings Factory with her sister. It is a small store of personalized accessories, home goods and decorations. It opened in fall 2020 and now has over 100 customers.

Estrella said the pandemic was difficult, but it pushed her to be creative to earn an income. She said Latinas are like octopuses, juggling the responsibility of raising and caring for their families with their own goals.

“We always say: Behind every strong circumstance that pulls your life, behind every blow, there are new ideas that arise. Behind every need is where there are the best opportunities,” she said in Spanish. “That’s our essence as women. We don’t give up, we don’t back down. If life gives us lemons, we’ll make lemonade.

Rodriguez, owner of Señor Tequila, while sitting at home during pandemic restrictions with one of her daughters, also realized she couldn’t give up on her dream.

“I’m like, I can do it again. You know, I can. I’m old but I still can. And I just started, you know, putting the pieces together,” she said.

But even now that pandemic restrictions have mostly subsided, Latin entrepreneurs said they still had to overcome many non-COVID hurdles to open successful businesses.

Berenice Valderrabano and her sister Daisy have two businesses based in Ames: restaurant Mister Burrito and cleaning company Family Cleaning. They are from Mexico and both speak Spanish. They said one of their biggest challenges in navigating Iowa’s business world is the language barrier.

“We held on, we stayed together and we thought whatever would happen, well, it would be a fresh start,” Berenice said in Spanish. “I always tell everyone that this is the land of opportunity. I think you just have to want to be good to be good, because where we come from, only desires are not enough, nor is hard work. Here, yes, here it is enough to want.”

Eventually, the sisters want to go into real estate.

Language is a barrier, but others say there are also educational and cultural differences to consider.

Rodriguez said her parents told her that her biggest goal should be to find a good husband and raise her children. But Rodriguez said girls should be raised differently.

“Make them believe that we are equal. And we can do things. We just have to want to. And never give up,” she said.

Rodriguez said his restaurant opening day was a big success, with people lining up at the door. She even had to leave at some point to get more food. Since then, business has been stable.

Before the pandemic, the number of Latinas in the workforce was expected to increase by more than 25%. That’s nearly nine times the projected growth of white women.

It is not known at this stage how this growth will be affected. But many Latin entrepreneurs in Iowa have no plans to stop anytime soon.