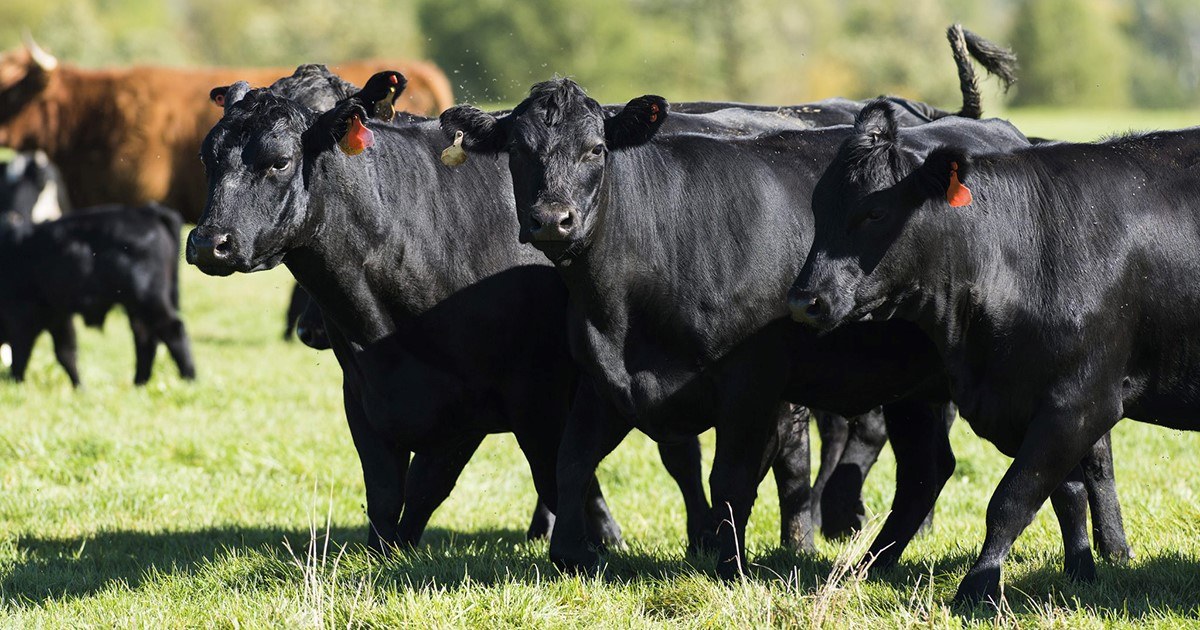 Arkansas farmers are being hit with a double-edged sword when it comes to inflation. Input costs are skyrocketing, but so are futures market prices in some cases, meaning the crops or livestock they produce go up in value.

Mark Lambert, director of commodity operations and economics at the Arkansas Farm Bureau, told Talk Business and Politics that the state has two types of farmers: livestock and row crops. Over the past year, many of the pressures that have rocked the agricultural sector have affected both, Lambert said.

He said earnings would likely be hit over the course of the year.

“The agricultural assets of real estate have gradually generated a return or appreciation of 3%, which will probably decrease to an appreciation of 1% in 2022. This has forced some investment funds to abandon the purchase of land and to reassess leases to further compensate for the higher rates to keep growers on the land for years to come,” he added.

CATTLE
In the first quarter, livestock prices rose slightly. Lower expected calf production and other factors such as exporters like Australia rebuilding herds have offered glimmers of hope for U.S. cattlemen, Lambert said. Slaughter steer prices are up 17.5% in 2022, according to figures released by the United States Department of Agriculture.

US beef exports have also been strong this year.

March trade data showed record U.S. beef exports totaling 303.7 million pounds, up 1.2% from 2021. According to the American Farm Bureau Federation, this is the amount of beef exported for any month of March. During the first quarter, trade in meat was 845.8 million pounds, or 6.2% before 2021. China, South Korea and Japan continue to be the main importers, being the top three destinations for American beef. China posted a record 145.4 million pounds, 61.8% above 2021.

Despite this, livestock futures markets did not rise significantly even as input costs continued their upward trajectory. Other factors such as drought could also impact the cattle industry.

ROW CROPS
Row crop prices had been in the doldrums for several years, but many are now at their highest in a decade. Input costs, inflation, global conflicts, supply chain issues and rising interest rates will continue to be issues that will eat away at farm profits as harvest season approaches, a said Lambert.

“The Federal Reserve decided to raise interest rates by 0.25 points to help fight inflation and lower prices for everyone,” he said. “The interest rate will affect long-term debt as mortgage rates are dependent on the 10-year Treasury bill, which increases the cost of borrowing. Borrowing interest accounts for 6% of production expenditure in 2022. From From 2019 to 2022, excluding housing, there is a 21% increase in interest expenditure on real estate, which has a major impact on farmers.

“Cotton has been a good crop for cash flow if the infrastructure is still available, especially with cotton prices hovering above $1 a pound. Soybean and cotton acreage is up 7% and 8%, respectively, while rice and maize acreage declines by 2% and 12%. All of the declines in rice and maize come from an increase in the cost of producing nitrogen,” he said. declared.

There had been speculation that the conflict between Ukraine and Russia could cause a spike in commodity prices, but that is not the case. This added more volatility to the markets, Lambert said. Ukraine and Russia account for 28% of world wheat exports and 15% of corn exports. Higher volatility in the wheat market is a cause for uncertainty, forcing a base at a level of $1.50 to $2 below futures prices.

Government subsidies, one of the few lifelines given to farmers during turbulent economic times, have also declined in recent years, Lambert said.

“Also noteworthy is a decrease in government payments, as we expect a 57% reduction in total government payments in the 21-2022 crop year. These payments support agriculture by keeping food supplies affordable for American consumers when the price of production exceeds the incomes of farmers and ranchers,” he said.

It will be months before Arkansas row crop farmers are heading to harvest their crops. Two things appear to be certain, Lambert said. Farmers, whether livestock or row crops, will likely earn less and consumers will pay more.

“A higher cost of production will soon exceed the incomes of farmers and ranchers in the industry, causing further consolidation and financial hardship for many producers and further increasing the cost for American consumers,” he said. .

2022-06-14
Previous Post: The global payday loan market is expected to grow by USD 8.4 billion during the period 2022-2026, accelerating at a CAGR of 4.34% during the forecast period
Next Post: Sector movers: Banks oppose market drop